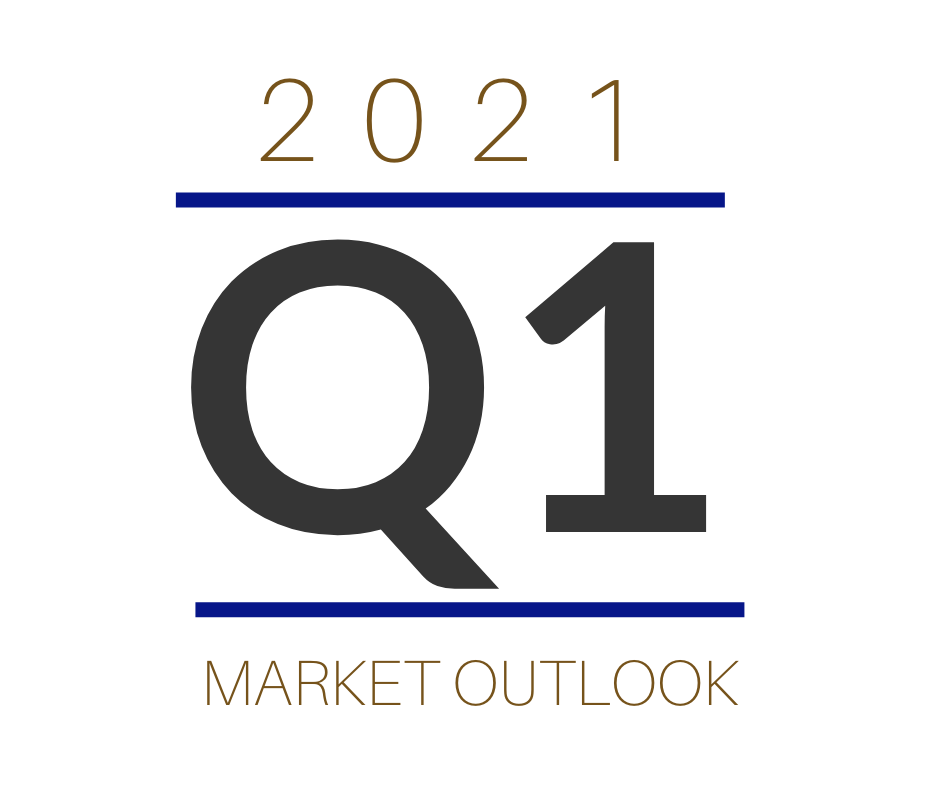 Needless to say, things have been pretty dynamic as of late. I’m sure you’re feeling no shortage of uncertainty. So, without further ado, let’s get right into the outlook.

NOTE: All information used in the production of this newsletter can be found by clicking here, unless otherwise noted.

Why Managing Expectations is so Important

With that being the case, those are the four characteristics that we evaluate to gain perspective on the investing environment in the short-term.

In the first and second quarters of 2020, the US economy contracted 5% and 31.4%, respectively. The cumulative effect of those declines was to leave our GDP at about 65% of where we started the year. In the third quarter, our GDP rebounded and grew by 33.4%. To be sure, that is tremendous growth, but that growth is off of a lower GDP figure. What this means is that it leaves us with a GDP that’s about 87% of where we started 2020.

While we have made great strides in recovering, the situation is certainly tenuous. For instance, the most recent jobs report reflected the fact that we lost 140,000 jobs (Source). True, we remained steady at 6.7% unemployment, but the fact that we still have a ways to go before we get back to where we were at the beginning of 2020, coupled with the fact that those job losses came during the holidays, indicates that our foundation and momentum might need some work.

Overall, the economy is projected to grow, and there is some data to support this perspective, but as with all projections, there are going to be some assumptions built-in. So, how closely the economy mirrors those projections will be a function of the accuracy of assumptions. Obviously, COVID is still hanging around, which means that the nonpharmaceutical interventions implemented to combat the virus are hanging around as well. We don’t think it’s any secret that this will remain a factor, most likely the dominant one, in determining the direction of our economy and the pace at which it proceeds. Recently, however, New York Governor Andrew Cuomo announced his plans to begin reopening New York state’s economy (Source). New York has been one of the hardest hit states, in terms of cases and deaths per million of population (Source), and has instituted some of the more stringent nonpharmaceutical interventions, including tracking down people that have entered its borders (Source). If one of the hardest hit states is moving toward a more open economy, then that might portend similar decisions being made elsewhere.

The story here will more than likely always be one of a slow-developing type—i.e., we don’t anticipate much change in the short-term, or from one newsletter to the next. So, the summation of this factor is similar now as to when we wrote the last time. One development that did catch our eye, however, is the fact that industrial metals crossed from the low side of their 10-year average over to the high side. Whether this reflects shrinking supply, growing demand, or some combination thereof remains to be seen, but any explanation could very well be a positive development, given the correlation between inflation and commodity prices. Currently, Headline CPI is at 1.2% and Core CPI is at 1.7%. Seeing some growth in those numbers could potentially be a good sign of economic conditions improving, and it will be interesting to see how inflationary measures and the price of industrial metals continues to develop.

The last time we wrote we talked about the accommodative announcements made by the Federal Reserve and the Federal Open Markets Committee (FOMC), our perspective on debt and rising interest rates, and the correlation between changes in interest rates and the performance of the S&P 500. Given that there have not been drastic changes and/or improvements in our economy, and that Jerome Powell, the head of the Federal Reserve, is currently in the middle of a tenure that does not end until 2022, our perspective and expectations remain on par with last quarter.

The story to be told here is that of the impact that a relatively small number of stocks can make. Yes, the aggregate valuation of the S&P 500 is high (P/E: 22.3x), but here are some additional facts to consider: the 10 stocks with the highest valuations are 172% above their average valuation for the last 10 years and comprise nearly a full third (28.6%, to be exact) of the entire S&P 500’s market cap. This obviously means that the 490 other stocks make up the remaining 71.4%, which is rather astounding. To put that in perspective, consider this: if each company in the S&P 500 represented an equal share of the overall market cap of the index, then that would mean that each company would represent 0.2% of the S&P 500. The average share of the S&P 500 market cap that each of the top 10 stocks represents is actually 2.86%–1,430% greater than the equal share of 0.2%.

The bottom line is that this scenario has obviously revealed the fact that not all stocks are created equal, nor is their performance. Here some data points to consider:

We believe that this reveals that opportunity remains, but that it is found by being selective. We would also assert that international stocks appear to be an attractive asset class. International markets have underperformed US stocks significantly for almost a decade now and comparisons reveal both emerging and developed markets to be substantially undervalued.

No conclusion would be complete without mention of the political landscape. To assert there is uncertainty or tension would be akin to saying that water is wet. This doesn’t necessarily mean that everything is uncertain, though, as we believe there are some things that have a high likelihood of occurring.

The first likely change on our radar is that of tax increases. President-elect Biden made no secret of the fact that he intends to increase taxes. Now, since Democrats have won control of the presidency and Congress, there may be very little standing in the way of that eventuality. In addition, Biden has nominated Janet Yellen to be Secretary of the Treasury. Yellen is known to be an advocate of government playing a significant role in counterbalancing economic markets, which she perceives as “fundamentally flawed” and needing “governmental regulation to function correctly” (Source). If we were to only consider those two factors, we believe that more government involvement in various aspects of our economy will occur, not less.

At the risk of being too obvious, only time will tell what the results of the 2020 elections portend. The reason why time might be more imperative now, though, is simply because of just how contentious things are, which has resulted in some substantial dust that is need of settling. Ultimately, we do believe in the American spirit and the American economy, but we recognize that there is great potential for some stumbling to occur as we attempt to regain our footing.