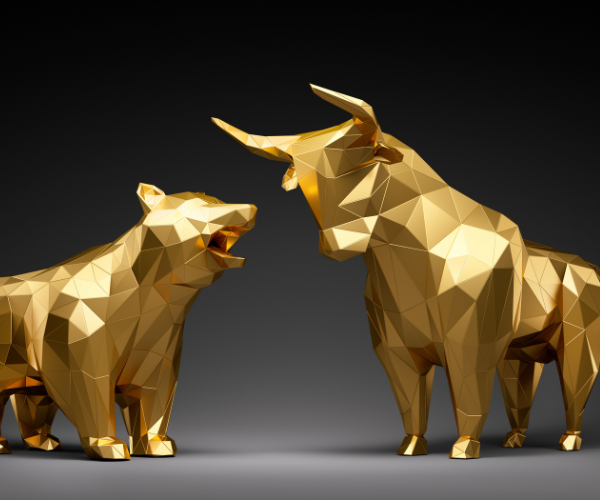 Here's the Good News: The markets cannot move in a negative direction in perpetuity

A message that I’ve been sharing with a lot of folks lately is that the normal pattern for stock performance, as represented by the S&P 500, is literally a matter of one step back and two steps forward. I arrive at this conclusion thanks to some research by JP Morgan. I think we’re all familiar with the short-term volatility of the markets, or should be, but there’s also a longer-term cycle that has played out pretty consistently.

If you go back to The Great Depression era, as JP Morgan’s research does, you will find that returns of the S&P 500 during bear markets have averaged -41%, and the length of bear markets has tended to average 20 months in length, so just shy of two years. Conversely, bull markets have produced an average return of 162% and have lasted an average of 52 months, so just a hair over 4 years.

Well, if you do the math, 162% is just about 4 times the magnitude of -41%. Further, using the valuable lessons that we all learned about fractions in elementary school, we can reduce the 4 and 2-year lengths of bull and bear markets, respectively, by their common denominator (2), and we are left with 2 and 1, respectively. If 1 is now associated with bear markets, there’s our one step back, leaving the 2 to represent our steps forward, and that is how I arrive at the conclusion about stock market performance that began this post.

If you’ve been around investing and paid attention, you’ve probably heard someone say something like, “past performance is no guarantee of future performance.” Essentially, what that phrase communicates is that you can’t predict the future. I can, and will, state that this is absolutely true within any given period of time. In other words, if someone were to ask where the markets will be in 5, 10, 15, or any other specific number of years, there is absolutely no way for anyone to know, and that has everything to do with the short-term volatility inherent in the markets.

Let’s look at the markets in a different way, though.

What if we could stretch out the future timeline of the markets into infinity? So, instead of looking at a specific period of time, we leave it open-ended, with the basic idea being that the markets will last in perpetuity.

Well, if something is going to last in perpetuity, then it must behave in a manner that allows such persistence. In other words, there cannot be a limit to its behavior.

If we apply this to the markets, then we can immediately draw a conclusion that is a pretty valuable lesson: the markets cannot move in a negative direction in perpetuity. How do we know this? Zero is a limit. In other words, the markets cannot decline into negative values, so if the markets were to hit zero, that would be game over.

The concept of a game is a valuable one. I say this, because virtually everything we do in life is a game, if we define a game in this way: you have a goal that you are trying to achieve and there are certain rules that you must follow in pursuit of that goal.

The concept of a game is certainly applicable to finances. We all have things that we want to experience in life and the system that we have built, also known as the economy, relies upon money as the primary tool to achieve those experiences. If money is our primary tool, then we could also say that our financial resources are the pieces that we use to play the game.

What would happen if a friend invited you to play basketball and you showed up with a set of golf clubs? Besides being on the receiving end of a funny look, and maybe even some derogatory comments, you would dispense of the golf clubs pretty quickly, if you actually wanted to play basketball. Why? Simple: the golf clubs would not be useful—i.e., they would have no value.

The simple lesson we can take from this is that pieces to play any game only have value within the game for which they were designed. To apply this to money, and the markets by extension, value only remains as long as the game for which they were designed remains. So, if we expect the game to remain in perpetuity, then we, and financial assets, must behave in a way that allows for value to persist. Otherwise, it’s game over.