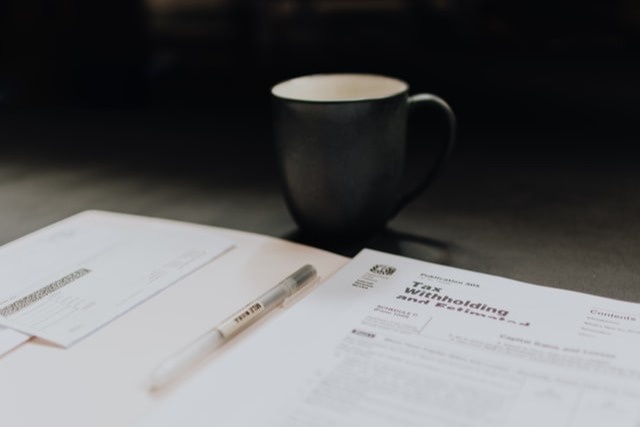 The Results of Our Tax Returns Aren’t All That Mysterious

By now, many of you are either smiling or crying, depending on the outcome of your tax return. Given how many sad faces are triggered around this time of year, there are inevitably questions and conversations that take place concerning strategies that might be employed to better manage (aka reduce) taxes. An important aspect of this dialogue that often comes up is distinguishing between tax withholdings and tax rates, or even a tax bill. So, I figured that I would piggyback a bit off of a recent article that we shared about marginal tax rates and offer a little discussion on this topic.

How, Exactly, is it Determined Whether You Owe Tax or Are Owed a Refund?

NOTE: what follows here is a bit of a distilled discussion of, and a little different than, the flow of the federal Form 1040, but I am presenting it this way to hopefully keep things as simple as possible.

You might have previously heard someone say something like, “tax credits are more advantageous than income deductions.” The reason for that is because tax credits serve to directly offset your tax liability, as opposed to merely reducing the amount of your income that is taxed (taxable income)—i.e., instead of paying the government a certain amount of money, you get to tell them that you get credit, as if you had paid the amount the credit allows you to claim. This means that the benefit of a tax credit is dollar-for-dollar­, whereas the benefit of an income deduction is proportional. A simple contrast to understand this point: a $1 tax credit reduces what you pay to the government by $1, whereas someone whose last dollar of income falls within the 12% federal income tax bracket will have their federal tax liability reduced by $0.12 by a $1 income deduction—it could potentially be more impactful, if the deduction reduces income prior to employment taxes being applied (e.g., a contribution to an employer-provided Health Savings Account), but it still only has a proportional impact.

After your tax liability is calculated, then the figures are tallied for how much you paid in taxes throughout the year. The typical way that an individual pays taxes is via withholdings on earned income. In other words, an employee receives a net amount of income from their employer, who has withheld  certain amounts from the employee’s gross amount of income. The amounts withheld are sent to the applicable governmental body that has taxing authority over the employee’s income. Additional examples of withholdings can be found with IRA distributions, Social Security benefits, etc.

You might already be familiar, or you might have made an informed guess, but you are required to pay a certain amount in estimated taxes throughout the year. Failure to do so carries financial consequences:

In general, taxpayers don’t have to pay a penalty if they meet any of these conditions:

To see if they owe a penalty, taxpayers should use Form 2210.

The IRS may waive the penalty if someone underpaid because of unusual circumstances and not willful neglect. Examples include:

There are special rules for underpayment for farmers and fishermen. Publication 505 has more information.

Confusion Over Withholdings, Liabilities, and Refunds

A basic misunderstanding of our income tax system seems to come in two different forms:

Make no mistake: a tax refund is not a random result, comparable to the lottery, and I have no doubts that refunds would not be issued if they weren’t necessary (sarcasm, but is it really?). Frankly, the same person could experience both forms of confusion as their income and/or tax pendulum swings from year-to-year.

I’m sure that many of you know and realize that having predictable strains placed on a resource is much more manageable than unpredictable strains—this most certainly includes money. For this reason, any tax bill that is unexpected can be very unpleasant. What has been implied thus far, though, is the simple fact that, to the extent that you can accurately predict your income, receiving a tax bill or tax refund is not a wholly unpredictable event. The predictability of such an event, however, is also based on how informed someone is of tax law and how it applies to their particular situation.

To the extent withholdings or estimated tax payments match someone’s tax liability precisely, however, there is potentially a bit of luck involved. The reason for this is simply that there is always the potential for a surprise to occur during the course of the year that would impact income and/or tax calculations, or for something to be included on your tax return that cannot be accounted for on the W-4 that your employer uses to determine your withholdings. The essence of this issue is captured in this bottom line: your assumptions about the future, even if we’re only talking about a 12-month period of time, could look very different than what reality has in-store for you.

I would conclude by simply sharing that taxes are one of the chronic strains that can impact the course of a financial plan, or potentially dictate that one decision is superior to another. Like many other aspects of planning, taxes, and changes thereof, can be taken into account. To the extent that assumptions accurately predict future tax policy, income, and tax liability, it must be understood that there is some luck involved in that. A way to reduce the amount of luck involved is to plan thoroughly and frequently. The more you plan, in terms of depth and frequency, the less likely it is that the result of your tax return will produce a smile or a frown, because you will basically be expecting whatever results.