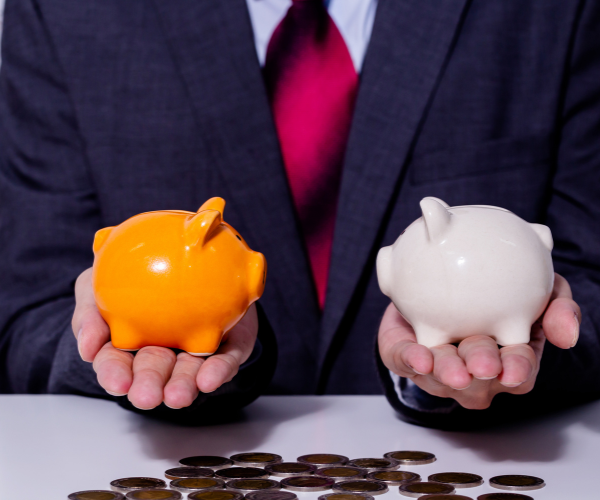 I’ll never forget a phone call that I received from a client who had been with us for about three years. If I had to describe the relationship that I had with this gentleman and his wife, I’d say it was more transactional in nature, which is perfectly fine. From time to time, we help folks out with what you might call one-off kind of needs, and these folks fit that description. Specifically, we helped these folks purchase some life insurance and start some Roth IRAs.

Over the course of three years as our clients, this gentleman and his wife had each invested about $3,000 (i.e., $1,000 per year) in Roth IRAs via monthly contributions. When I took his call, each of their accounts had a value a little north of $3,300. The reason for his call was to express frustration that their accounts had not grown by more over the time they had held the accounts, and he had already decided that he wanted to close their accounts—obviously within their rights and also perfectly fine.

When I pointed out to him that, in rough figures, their account values, as compared to the amounts they had contributed, meant that they had basically averaged 10% growth, he was caught a little off-guard. Objectively, it would be fair to say that his frustration subsided a bit, but he remained committed to closing the accounts.

Truth be told, 10% is a pretty strong return to maintain over an extended period of time, so I wouldn’t consider it likely that they could have maintained that significant of a return, year-over-year in perpetuity. Had he and his wife kept their accounts open, however, and had they continued to contribute at the same pace and averaged 10% annual returns, after five years they could have accumulated a little more than $6,000. After 10 years, nearly $16,000. After 15 years, just about $32,000.

What becomes apparent when you compare figures like the ones above is that growth, on a percentage basis, can be difficult to appreciate when looking at absolute dollar differences. In other words, an investor who experiences 10% growth might find that appealing, but if they’ve invested $100 and the growth in absolute dollars is only $10, then it might not seem as substantial. It is, though, and the purpose, here, is to find out why.

To start, my go-to way to explain the importance of focusing on percentages and not absolute dollar figures is to give folks a scenario involving two different people who invest $100,000, each. The first investor invests his/her $100,000 in one investment. The second invests his/her $100,000 equally in ten different investments, so $10,000 in each. If we assume that each investor earns 10% on their investment(s), then it should be obvious that they have both earned the same amount, obviously on a percentage basis, but also on the basis of absolute dollar figures—10% of $100,000 is $10,000, regardless of whether that $100,000 is concentrated in one investment or ten.

What I experience frequently enough with clients, however, is an outright dismissal of a resource, based on the change in the value of that resource in absolute dollar figures. What I don’t think that folks realize is that when they do this, they are essentially saying that the value of the resource, itself, is inconsequential. Why do I say that?

Well, 10%, as an example, is 10%, regardless. The absolute dollar figure that correlates with that percentage, however, is obviously not always the same, and we can easily see that with the comparison of our two investors above. In other words, while they both might experience the exact same growth in the aggregate, the investor who makes use of ten different investments is only going to see a change in value of $1,000 on each of his/her investments.

Let’s change our little scenario to hopefully cement our grasp of what we’re discussing, here. Let’s say that instead of our two investors investing the same amount, in total, let’s say that the first investor still invests $100,000 and our second investor invests $5,000. If we do the math, then that means a comparison of 10% growth for each investor will show that the first investor will see a change of $10,000 in his/her account, while the second one will see a change of $500.

Should our second investor be unhappy with the $500 change? What if the two investors are friends and they share their experiences with each other? What would we think if the second investor went back to his/her financial advisor and said that they, too, wanted to earn $10,000, like the first investor? What if the second investor were to tell their advisor that they wanted to earn 200% on his/her investment? If the request to earn 200% seems ridiculous, the request to earn $10,000 should as well, because they are the same.