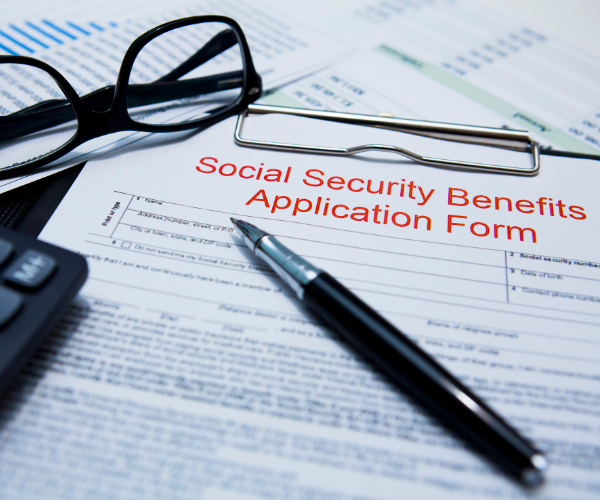 Value Your Resources Part 3: A Look at Social Security

Hopefully, what I have managed to do in Parts I and II of this discussion is define pretty clearly the importance of having the right perspective on the facts, figures, and concepts surrounding the performance of financial resources. Up to this point, I’ve obviously kept the focus on investments, but the concepts that we’ve discussed are certainly applicable to other financial resources. In particular, one resource where these notions are applicable is Social Security.

In reality, the benefit amount upon which all of the other amounts are based is the amount available at a person’s Full Retirement Age (FRA). The FRA varies, depending upon a person’s date of birth, but generally speaking, it falls around ages 66-67. We won’t get further into the details of that, here, but what is important to know is that the amounts available prior to FRA are reduced via penalty, about 5%-6% for every year prior to FRA. Similarly, amounts available after FRA reflect a guaranteed growth rate of 8% per year.

With that being the case, it should stand out how important the timing of electing benefits is. At a minimum, what we can absolutely say that would stress the importance of the decision is that once it is made, it’s done. Granted, there is a provision that allows someone to change his/her mind relatively soon after making an election, but beyond that, there is no going back.

Hand-in-hand with that is the simple notion that Social Security is there to do one thing: provide you with a monthly check. I emphasize this because it’s not like you can go back to the well for more if what you are receiving is not enough. In other words, if a major expense comes along, or if prices rise substantially, you have what you have from Social Security, and that’s it.

Another important factor to consider when it comes to Social Security is the type of income source that it is, which we’ve basically already defined. Fundamentally, there are two types of income sources that folks rely upon in retirement: fixed and variable. You might be able to use your powers of deduction to arrive at this conclusion, yourself, but a fixed income source is guaranteed to be consistent and level. This simply means that whatever amount is provided by the fixed source is both a minimum and a maximum.

Conversely, a variable income source, like an investment account, can, and most likely will, ebb and flow over time—the extent to which it varies is obviously driven by markets. The reason why the fixed nature of Social Security benefits is important is highlighted by the inflexibility described above, but also because of the fact that the way to maximize your benefits for your plan is to properly balance the election of your fixed benefit against the variability of your market-driven sources.

In other words, it’s not a simple matter of collecting as early as possible to get as much as you can from the government (it’s your tax money anyway) or waiting until age 70 when the benefit is the greatest amount.

In this video, I talk about the analysis that we use in financial planning to evaluate decisions. I will let the video explain the details, but the important point to grasp, here, is that the analysis we perform produces a probability of success, which is nothing more than a percentage reflecting the chance for your plan to result in success. The fact that a percentage is involved reflects the fact that there is variability at play, as we’ve discussed. If there weren’t, then it would be a simple pass-fail evaluation. It’s not, though, and that is precisely because folks have variable sources of income.

Why is This Important?

This is an important concept to comprehend because the more a plan depends upon a variable source of income, the more the chance for success can vary from one scenario to another. Essentially, you can look at depending upon a resource as the amount of strain that you place on it, or the amount of lifting that resource has to do. With a fixed income source, like Social Security, it’s pretty simple: the strain is fixed, just like the income—i.e., because you can’t augment the amount of funds you receive from the source, you are limited in the amount of strain that you can place on it. With a variable source, like an investment account, the strain can vary.

There are basically two ways to look at how, or why, the strain placed on a variable source of income can, and will, vary.

In an environment of substantial uncertainty, much like what we are experiencing today, it would seem that a natural response to that uncertainty would be to seek certainty. I arrive at that conclusion by doing a little pondering on the matter, but also because I’ve worked with some folks who have confirmed that inclination by expressing concern about delaying an election of Social Security benefits—i.e., Social Security, being a fixed income source, is a constant that they are inclined to offset an uncertain environment. What I don’t think these folks realize is that, if they were to follow through on their inclination to elect to receive an early benefit from Social Security, they would, in part, dismiss the importance of the factors that we discussed in the Parts I and II by ignoring the growth reflected in the benefit amounts available to them.

While I remain committed to helping clients, regardless of what decision they make on issues like this, the fundamental principles that we have discussed don’t change. With that being the case, I would argue that cycles of uncertainty can help create an illusion thatpresent circumstances merit greater consideration than future circumstances, when it comes to evaluating a decision to be made, like the election of Social Security. Further, there might also be a component to a person’s thinking, regarding a matter like this, that says that a decision made today can be offset by a decision made in the future.

The reality is that decisions made today have more power than I think we tend to realize. We literally have the power to present our future selves with a problem or a solution. The way the Social Security retirement benefits work essentially means that you have a resource that is guaranteed to grow, probably including if benefits were to be reduced, and is available to you to elect strategically, which is the proper approach, not simply basing it on a sudden onset of discomfort.

If benefits were to be elected as soon as possible, as an example, and budgeting was to get tight from rising prices, that would be one less lever available to pull to ease the burden. That would mean that there might not be a future decision that we could use to offset the decision of having elected Social Security benefits early.