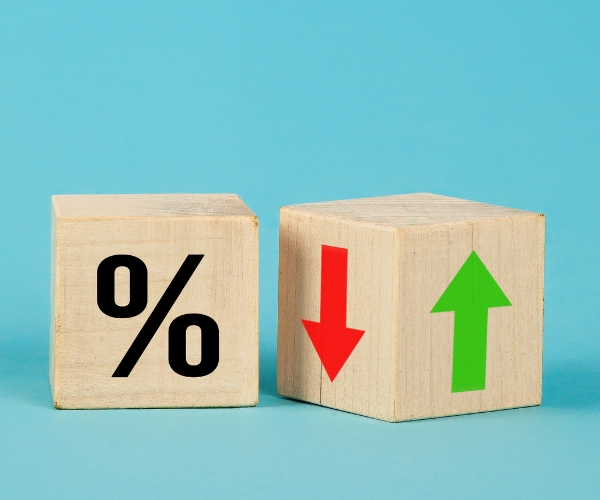 Value Your Resources Part 2: Why We Use Percentages to Talk About Money

If someone were to offer you $100 today or $100 a year from now, which option would you choose? This should be an easy question to answer: you should choose the $100 now. But why?

Well, initially, we might say that there is no obvious value to delaying the acquisition of the $100—$100 is $100. Another way we might put that: there’s no value to the time involved, regardless of how long. Why? Because, again, $100 is $100—i.e., there’s no growth, and that would be the measurement to use to assess the value of time.

One of the big lessons to be learned about financial decisions is that there is no such thing as right and wrong. There is only better, worse, best, and/or worst (BWBW). The simple reason for this is that everyone’s situation is different, and nobody’s plan is guaranteed to succeed or fail.

Right and wrong imply objectivity. Conversely, BWBW implies subjectivity. Particularly in this context, something being subjective means that it is individualized, and that is, and should be, the nature of financial decisions.

Something else that is implied with BWBW is relativity. In other words, the only way to describe something as BWBW is to compare it to something else.

Some might look at the future amounts that were cited in our revised question and see them as options—i.e., how much would you rather have? If that is the case, the question is being oversimplified, because who wouldn’t prefer $120 to $115 or $105? Essentially, folks who do that are using a mindset that says they get to dictate how much they are offered in the future.

The question that is being asked, however, is essentially about the minimum amount that you would accept a year from now to forego the $100 today. Whatever the answer, this puts in place a floor, above which any amount would be acceptable, and below which any amount would be unacceptable. The analysis required to answer that question is completely different, obviously, and more involved.

Others might look at it and be dismissive of the future amounts that are potential options. The reason one might do this is simply because they are focused on the absolute dollar differences between the potential future amounts and the $100. In other words, they are focused on the fact that $105 is only $5 more, or $120 is only $20 more. You might say that they are asking themselves, what difference does $20 make? Fortunately, there is an old adage that’s applicable, here: they are not seeing the forest for the trees.

Let's Up the Ante

Part of what this discussion reveals is the reasoning behind why we predominantly use percentages when discussing changes to monetary figures. To double down on this, plenty of folks probably consider $500,000 a considerable amount of money. In fact, for many, it might be all they have, or even more, but what about someone who has $10,000,000? Well, if they were to grow that $10,000,000 to $10,500,000, that’s the exact same rate of growth as $100 turning into $105.