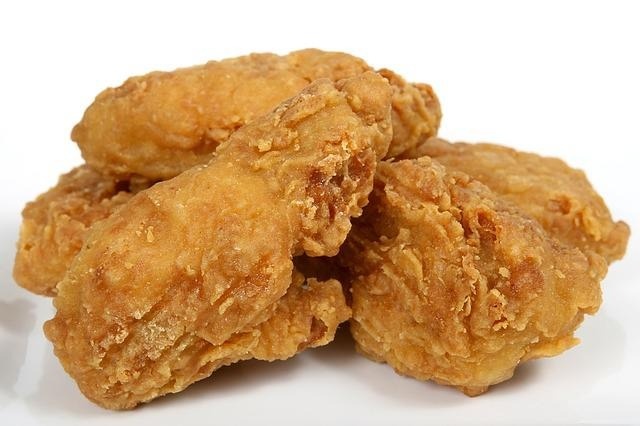 What Financial Planning has to do with Fried Chicken

Many moons ago, I worked for a company out of Augusta, GA that owned the franchising rights to Bojangles. At the time, the group ran six Bojangles restaurants in and around Augusta. My position was that of an area director, which meant that the six restaurants would report to me. Well, you can’t run six restaurants until you know how to run one, so that’s where my training started.

As part of my training, I had to learn inventory management, including ordering the chicken that is allegedly world famous—I say allegedly, because I’ve never seen a study or survey that supports such an assertion, but I digress. Ideally, if you’re running a Bojangles restaurant, you’d like to have your last piece of chicken going out the door as the delivery for new chicken arrives—i.e., you’d like to break even on your chicken. Given that’s a virtually impossible task, the more realistic goal was to plan to have slightly more chicken than you thought you might need.

The official way of calculating a chicken order, as per my training, was very technical and began with a feeling—you had to get a feel for how much chicken you were using on an ongoing basis.

The next step was the most crucial: you had to lay your best eyeball (figuratively speaking) upon the chicken in your cooler, compare that to the feel you had developed for how much chicken you would use until your next chicken order, and then produce the most robust of guestimations for your order.

(Side note: a little-known fact is that Bojangles employees are often hired away by the government, as the government’s need for expert guestimators is apparently incessant, and Bojangles is essentially the guestimation farm system for the government big leagues.)

At the risk of telling you something you already know, there were most certainly some practical drawbacks to this system.

By not having a very solid process in place I didn’t have very much confidence in the order I was placing, and a lack of confidence has the potential to fester and permeate, which it did. I also knew that if I was experiencing the issue, then so were others, and most of them had worked within the system for years and had apparently never even conceived of a better way of doing things.

I’m not the type to merely allow a problem to persist, though. In fact, I would argue that once you identify a problem, it’s virtually impossible not to deal with it, lest it fester and permeate, manifesting as worry. My grand insight was that I realized that I was fulfilling a definition of insanity that is often misattributed to Einstein: I was doing the same thing over and over again and expecting a different result—to gain confidence from a process that had never produced such a thing.

Are you correctly counting your chickens?

Something needed to change; I needed a process that would work for all six stores. The solution that I created took into account the average number of recent chicken orders, the type of orders that were represented (i.e., what part of the chicken was being ordered), and compared those factors to those of the chicken orders from the same time of year during the previous year. I wanted to be sure to take into account what was actually being ordered and what, if any, growth we might be able to discern and expect.

What came out of spending time to think about this problem was a spreadsheet that anyone could use to place a chicken order, as long as the right information was accessible and utilized.

We finally had a substantive tool that worked.

All that someone needed was the right information and the process would take care of itself. The process would ensure an efficient order resulting in the store having enough to meet its needs and the manager being more confident and available to deal with other issues.

Why does all of this matter?

Well, if a simple chicken order involves as much as what’s been laid out above then what does that say about our money and the effort that we expend to arrive at the best financial decisions?

Further, how much concern, worry, stress, and flat-out unknowns will we have to contend with from not having a dependable and easily replicated process to follow? Maybe most importantly, can the process we use to evaluate our choices reliably produce the best decisions to ensure that we have enough?

If we were to plot terms that describe an amount of money on a spectrum, on one end we might find flat broke and on the other end would be a lot; somewhere between those two ends of the spectrum is where we would find enough. It might look something like this:

When you look at your financial plan…is it based on a feeling or are you using tools to create a process that helps ensure the possibility of the outcome you’re hoping for?

In other words, do you know how much chicken is enough?

If you don’t, you’re possibly caught in the stressful cycle I found myself in: A consequence of feeling one’s way through the chicken ordering was that there was a constant cycle of stress and relief that played on loop.

Financial planning shouldn’t put you in that cycle. The most effective way to plan for the future is to know the facts in order to find the “enough” that’s right for you.

In other words, don’t just order wings based on a hunch when a process could have told you drumsticks would have been a better solution.