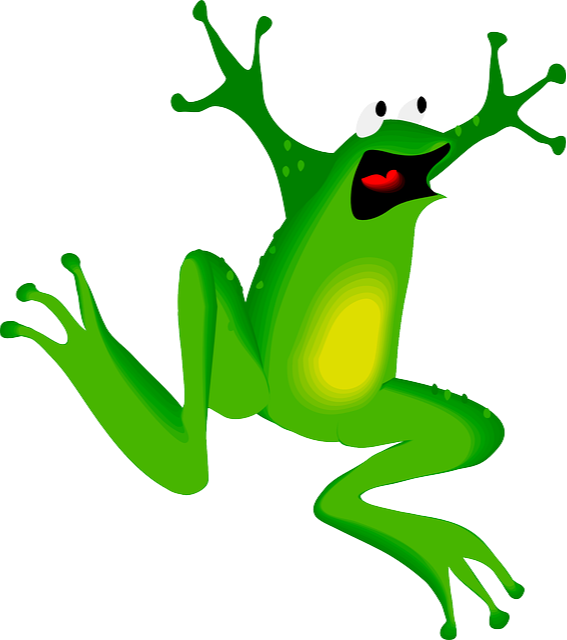 Full disclosure: I don’t know whether it is true that the only way to boil a live frog is to put it into room-temperature water and slowly turn the heat up. Tricking amphibians into contributing to their own demise has never been my forte, but that’s not the kind of truth we’re all clamoring for, is it? We can all agree that the lesson behind the tale of the frog is what really matters, right? I see that you are all nodding your heads in agreement, so we shall proceed with that understanding.

So, what is the lesson behind the boiling frog story? Let’s say that we were conducting an interview with a frog right after it jumped out of the pot of boiling water. You know the kind of interview I’m talking about, too. We often see these interviews after a tornado rips through a small town. In fact, I could see it starting off in very similar fashion, “At first, I heard a low rumble…,” but I digress…

I think we’re all familiar with the softball questions that reporters throw at folks who have been through a traumatic event, and it’s probably right to do so. I would imagine that these questions are more aimed at just getting the person (frog) to talk, as opposed to really pinning them down on the details.

One such question that we might pose to our frog, here, would be, “Why did you jump out of the boiling water?” I realize that the answer to that question is probably pretty obvious: I don’t want to die.

Now, let’s imagine that we could also interview the frog that was placed into the lukewarm water and stayed put as the water boiled around it—to those who aren’t getting it, allow me to simply point out that this would mean we are interviewing a dead frog, or its ghost, or whatever you need to imagine to make this work for you.

The first question that I would want to ask would start something like this, “Now, if you had to do it all over again…,” or, “So, let me get this straight…,” and I will stop right there, because you know exactly where that is headed, but again, I digress.

The point, here, is that we naturally, and probably pretty safely, assume that neither frog wants to be a contributing party to its death. That being the case, a frog would seem to want to avoid something that could bring about its death. So, why did the rising temperature of the tepid water not elicit a proportional response from the frog placed in that pot?

The answer lies in the perception, or lack thereof, of the risk that was posed by the scenario. In other words, it is only because the frog placed in the boiling water was able to recognize the threat that was being posed to it that it was able to act in its best interest. Conversely, the frog that had the heat slowly turned up was unable to perceive of the threat that was being posed, thus it stayed put, comfortably numb.

What does a boiling frog have to do with your money?

As investors, we often treat our money as if it is the frog sitting comfortably in the lukewarm water—as if it isn’t at risk, because at least the water isn’t boiling right now.

The reason for this seems to be because we struggle with understanding and managing risks whose threatening nature takes time to detect. We understand something as simple as the impact that negative market performance can have on our financial resources, probably because we can simply see it, but understanding the impact of a slow erosion of value is a different animal, pun intended.

I get my fair share of phone calls from clients when the markets suffer a substantial decline, but I have never once had a client proactively inquire about the threat posed to their plan by inflation, or some other long-term eroder (made that term up and I like it).

A question based off of that: if achieving your financial goals is compromised through a loss of value in your resources, does it matter if that loss is the result of something immediate or something that erodes slowly over time?

Doubling-down: if we could actually interview a dead frog, much like we do the live ones, whose death was the result of an aquatic incident involving too much heat, do you think the frog cares whether its death was brought about suddenly or over a longer time period?

Let’s connect some dots so that we can really go all-in with the frog analogy.

We can combine those details with what we know about money as well and complete the picture. For instance, we know that money (frog) must be held in the form of some kind of investment (water), cash included, and investments must be held in accounts (pot). Something that I wanted to highlight here, though, is the key feature that temperature and risk, in particular, have in common.

Simply put, the key common denominator is that it is impossible to identify a state or condition that lacks either a detectable temperature or risk. In other words, when we say that it’s 0° outside, we don’t mean that outside has no temperature—0° is a temperature. I won’t go into a terrible amount of detail as to why that is, but it’s basically because temperature is fundamentally a measurement related to energy—energy is always present; thus temperature is always present. The same should absolutely be understood about the risk of any potential investment: risk is always present.

Moreover, by considering additional factors we can also see that risk is not singular—it is multifaceted. For instance, depending on the species, there is a limit to how long frogs can remain underwater. The most immediate reason for this, we might say, is because of limitations that frogs have with breathing underwater. In addition, if the frog cannot obtain food underwater, then it must leave the water to do so. The point, here, is that the temperature of the water might not pose an existential threat to the frog, but given enough time, the nature of the environment under water, itself, might. This is reminiscent of the impact that something like sustained inflation can have on investments that are too conservative.

Simply put, what this reveals about investment risk is that it is something to be accepted and managed, not something that can be excluded. It is, therefore, only through a comprehensive consideration of risk factors, as if one were to place them on a balancing scale, that we can truly arrive at understanding our investments and which ones might be best. It is never a black-and-white issue and it is never as simple as interpreting an escalation of risk and/or negative performance as an existential threat. After all, certain frogs can tolerate temperatures in excess of 40°C (104°F) without having their lives threatened.

To close the loop a little more on risk, let’s consider this scenario

Let’s say that we present an English-speaking frog, so that we are assured of our ability to communicate, with two pots of water—one in which the water is boiling and one that will have the temperature increased over time. Now, to be clear, the frog doesn’t know that the temperature will be increased in the second pot, and we’re not going to tell it or allow any questions from the frog—no talking!

Lest the frog’s death be in vain, we can take a lesson from this: when we run away from something, we are also running toward something else by default. So, it is not enough to know that you want to avoid something—you must also know what you can, and are willing, to accept.

Again, risk must be understood as multifaceted, and we must understand the nature of the sources of risk we are acquiring when we make decisions to avoid other sources of risk. In other words, simply because we do not perceive of an immediate threat, it doesn’t mean that there is no potential for any threat at all.